The spread of false information is not a new threat. Disinformation in the form of fake news stories, hoaxes and propaganda has been used to engender public cynicism and distrust since the invention of the printing press. But false narratives could only spread as fast as they could be printed and distributed — until now.

While the terms are often used interchangeably, misinformation and disinformation are two separate threats. Disinformation is verifiably false and/or manipulated information that is created and disseminated with the intent to deceive. Modern examples of disinformation include sensationalist stories on phony websites, deliberately dishonest memes posted to social media and fake videos generated by artificial intelligence called deepfakes (see How to protect your business from deepfakes).

Mis/disinformation differ from typical cyber threats such as malware in two ways: who is behind the threat, and how it is made and disseminated. While some who develop disinformation are profiteers looking for financial gain, many times they are nation states, extremists, provocateurs, disgruntled former employees or even business competitors. Criminals can now produce and propagate disinformation with relative ease because there’s no need to physically, or even virtually, infiltrate a country or business network. Inauthentic content can be crafted in blogs, emails and social media posts.

Memes are a popular format for disinformation: they’re fast and easy to make, appeal to a wide range of age groups and have high viral potential.1 False stories and memes proliferate on social media, where a particularly controversial post can generate optimum engagement (usually in the form of heated debate), build a larger following and subsequently trigger viral spread to multiple other media channels. Notably, memes posted to social media allow threat actors to operate in a gray area and damage a business' reputation without exposing themselves to the fallout of any conflict.

Disinformation can also take the form of forgeries, which typically feature fake letterheads, copied and pasted signatures and maliciously edited emails. To make forgeries seem more credible, threat actors claim they are from a hack, theft or other document interception — “leaked” materials. And they may include legitimate content to lend authenticity to their messaging.

Because people are naturally more likely to believe what they see, synthetic media such as manipulated photos and audio and video deepfakes are especially convincing and dangerously effective. Without sophisticated software, it can be difficult to determine the authenticity of these forms of disinformation.

Another way cyber criminals develop disinformation is through proxy or fake websites. Proxy websites are fronts designed to disguise the source of content or use that content to drive pageviews. These sites often crop up after newsworthy events, playing on the public desire for more information. The only way to discriminate between a legitimate website and a proxy is to scrutinize the URL for misspellings or cross-check the site’s information with verifiable sources.

To distribute their deceptive content, cyber criminals use a number of platforms and technology services. Content farms, also known as content mills, generate large quantities of low-quality web content designed around search engine standards to display them higher in search results — a practice known as search engine optimization (SEO). While SEO is a legitimate marketing practice, churning out false content to target popular searches and drive advertising revenue is not. Disinformation and misinformation spread quickly through content farms, as their goal is to attract a high volume of web traffic at all costs.

Botnets are often used to amplify disinformation engagement on proxy websites and social media. A botnet, short for robot network, is a network of computers (bots) infected by malware and leveraged by a single person, who can command each bot to simultaneously carry out a coordinated action. Bots can generate fake social media and commenter profiles, making it difficult for the average user to tell the difference between bot and human. The sheer size of a botnet — some with millions of bots — enables cyber criminals to manipulate public sentiment on a massive scale.

Finally, disinformation-as-a-service (DaaS) models are now popping up to assist in creating faux social media identities and using them to either boost a reputation through fake reviews, testimonials and news stories, or to tarnish one using the same methods. DaaS can target both individuals and organizations, and it’s often fairly inexpensive, ranging from under $100 to $100,000-plus. DaaS agents have emerged in many countries, and they routinely advertise to the private sector.

“Criminals can now produce and propagate disinformation with relative ease because there’s no need to physically, or even virtually, infiltrate a country or business network.”

While mis/disinformation are best known for their impacts on global politics and public health discourse, these dual threats are also being used to target businesses large and small, as well as individual employees. Certain characteristics may make an organization or individual more likely to become a victim of disinformation.

Unfortunately, any business can become a target of disinformation.

Misinformation can also pose a risk to businesses. On a Saturday morning in 2019, a rumor began on WhatsApp that a U.K.-based bank was facing financial difficulties and might shut down. By 4:00 p.m., there were lines of anxious customers outside several branches looking to close out their accounts or empty safe deposit boxes. Although the rumor wasn’t true, it came on the heels of a highly publicized accounting error by the organization as well as a poorly performing stock5 — rendering the rumor more believable. When markets opened on Monday, the bank’s share price tumbled 9%.6

The risks of mis/disinformation to organizations are threefold: reputational loss, financial loss and disruption of business objectives. All are intricately connected, with reputational loss potentially leading to financial trouble, and financial trouble potentially leading to delays in taking on or completing new projects. Underestimating the fundamental risks of mis/disinformation could have dire consequences. That’s why it’s crucial to examine how these threats could affect your company before formulating a defense strategy.

Protecting against mis/disinformation is tricky business. A 2018 study by researchers at MIT found that false rumors spread more rapidly and more widely than facts, with falsehoods 70% more likely to be retweeted on Twitter, reaching their first 1,500 people six times faster than the truth.7 Once a negative rumor about an organization begins circulating online, it’s much harder to counter — even with the truth.

Therefore, the best defense for potential targets of mis/disinformation is to go on the offensive. Here are several ways companies can proactively protect against falsehoods:

“The risks of mis/disinformation to organizations are threefold: reputational loss, financial loss and disruption of business objectives.”

To best protect against mis/disinformation, it’s equally important to examine your internal company culture and the way in which information is shared among employees. Troubleshoot for lack of transparency or rumors about people, departments and the overall health of the organization. Establish policies and educational programming around misinformation, remembering the potential for backlash against mitigations that could be perceived as exerting too much control over employees. Your policies must match your organization’s culture to be effective.

Here are some protocols that help limit the spread of mis/disinformation from staff:

Once you’ve determined a few mis/disinformation parameters for staff, you should contemplate how to enforce them. What are the consequences of breaking the rules? You can’t suspend your employees’ personal social media accounts, but you might be able to restrict social media use while on a work computer or at the office. Again, company culture can guide organizations in what would be considered acceptable by staff.

Mis/disinformation are emerging threat vectors for businesses, so new technologies are still being developed to protect against them. However, there are several best practices to help companies detect false information about their brand or employees online.

Keep in mind, detection tools can only go so far. They may flag a suspicious element, but you still need to verify whether it’s false. And although these companies and tools may be able to scan social media posts for inauthentic content, it’s harder on private channels like instant messaging apps.

While there may be limited solutions for preventing or mitigating mis/disinformation, businesses can focus on response techniques. Have a plan so that if an incident does happen, your company can spring into action before rumors spread too far. Use the same channels you developed for reputational content to succinctly counter falsehoods: You don’t want to escalate into snippy online battles.

To counter the ambiguous threat of mis/disinformation, organizations should move beyond conventional thinking and consider creative response solutions instead. These might include:

Misinformation and disinformation are not new, but their rapid uptake online and on social media have rendered them far more dangerous than in the past. As mis/disinformation threats against businesses increase, it’s important to remember how difficult they can be to untangle — and how detrimental they can be to an organization’s reputation, operations and bottom line. Ultimately, the best defense is to be in control of the narrative from the start.

< Back to Cyber Security Journal 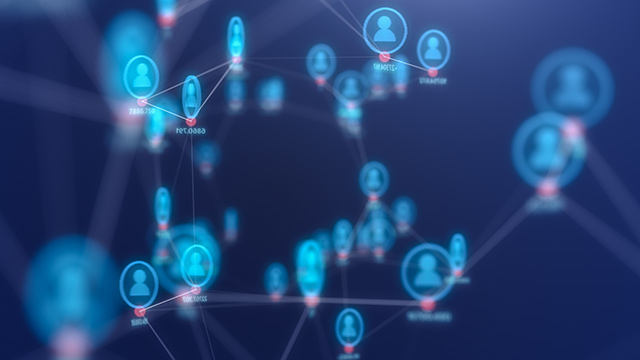 Learn tips on how to defend against “Social engineering” 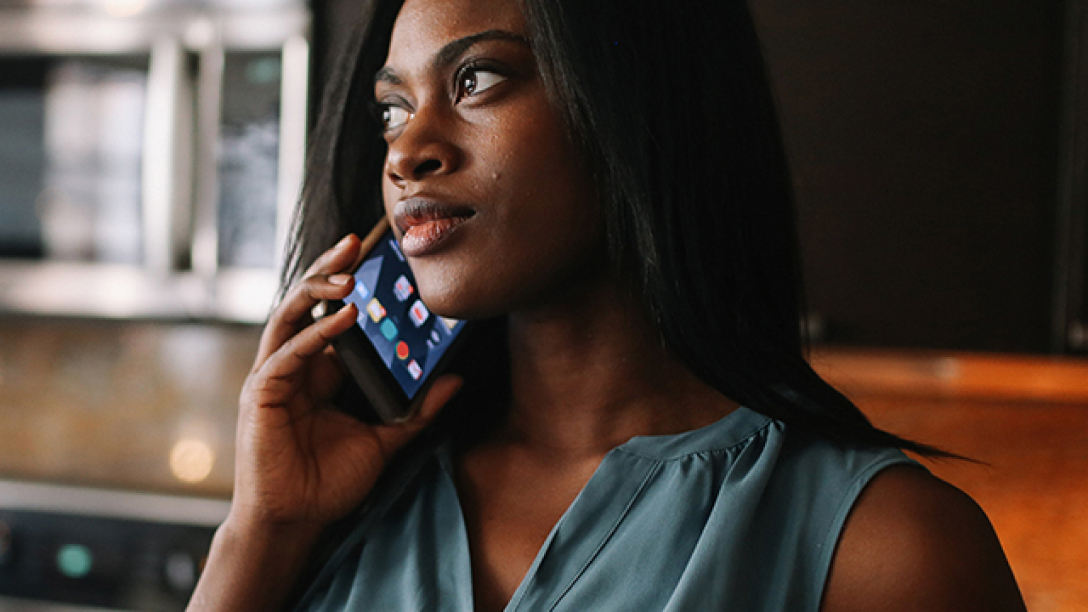 How to avoid telephone scams 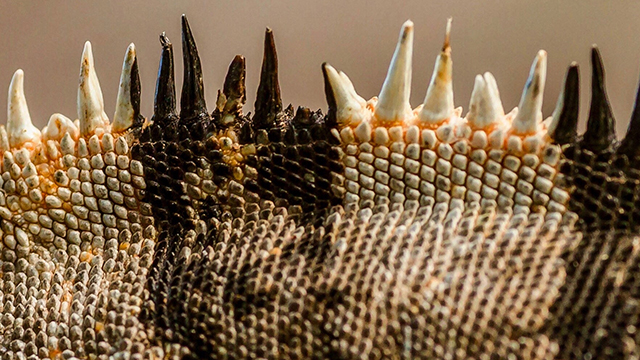 Insights to protect your business from cyber threats