It’s no secret that the pandemic-driven shift to remote work has dramatically increased cyber security risk for most businesses. The sheer number of new entry points introduced by remote personnel — including personal devices, public Wi-Fi networks, home networks and Internet of Things (IoT) devices — vastly increases an organization’s threat surface. In addition, many work-from-anywhere (WFA) devices and networks are under-secured, with minimal or no identity verification required. Add to that a remote workforce that may not be up to date on the latest WFA best practices, and you have the perfect storm for a security incident.

Cyber criminals are, unfortunately, more than aware that remote work has weakened businesses’ security postures. A dramatic rise in cyber crime has paralleled the adoption of remote and hybrid work, especially crime targeting credentials. The associated costs of security incidents have also skyrocketed, with remote work leading to incidents that are, on average, over $1 million more expensive than those that do not involve remote work.1 With compromised credentials cited as the most common cause of security events, it’s clear that organizations need to re-envision how they protect credentials and prove identity when providing access to remote employees.

“Trust, but verify” comes up short

Traditional on-premises corporate security allowed internal traffic to assume trust. Swipe a badge, gain entry. Match the face on that badge, stay in the building. This trusted access extended to all systems and networks, empowering organizations to follow the “trust, but verify” model, in which users were given full access to the corporate network once their log-in credentials were validated. As cyber crime tactics advanced, however, this approach was akin to providing bad actors with the keys to the castle: If criminals had just one employee’s credentials, they could gain access to the entire network, including sensitive financial or proprietary data.

“Under the ‘trust, but verify’ model, if criminals had just one employee’s credentials, they could gain access to the entire network.”

In fact, a proliferation of criminal methods for targeting credentials has arisen, ranging from technical tactics like keylogger malware and credential-harvesting tools to social engineering techniques, such as spear phishing and business email compromise. With remote work transitioning from a temporary stopgap to a business-as-usual mainstay, businesses need a security model that can better adapt to today’s threat landscape.

In 2020, a whopping 82% of people admitted to reusing their passwords across multiple accounts2 — and often across work and personal accounts.3 That same year, about 20% of breaches were caused by compromised credentials.4 So it’s no surprise that login credentials alone provide only a façade of security.

Stolen or compromised credentials are one of the top causes of data breaches, with 61% of incidents involving user logins.5 Given that criminals have access to so many credentials, requiring a secondary layer of identification through multifactor authentication is a good idea to help thwart unauthorized access. MFA should require at least two methods of identification, which could include:

Not only is credential theft a key contributor to security breaches, but so is password fatigue. When users are prompted to change passwords frequently, all too often they make simple changes, such as switching out one character or adding a character to an existing password. Using SSO authentication — i.e., allowing one set of log-in credentials to access multiple systems — can mitigate risk by reducing both password fatigue and credential theft. When implemented securely, such as in combination with MFA, SSO benefits include:

One of the most dangerous aspects of credential compromise is that once cyber criminals gain access to your network with even a low-level user login, they can exploit that access to gain elevated privileges across the entire network. Adhering to a principle of least-privileged access can help limit damage from a hacker or malicious insider with unauthorized access.

As remote work has physically removed employees from the office, as well as dramatically increased the number of entry points for cyber criminals to exploit, it’s become harder to verify both the identity and security status of all the users and devices connecting to your networks. Traditional perimeter-based security is no longer enough, and even least-privileged access may allow malicious actors to gain a foothold from which to escalate their access privileges. An even more secure approach is the zero trust security model.

By combining process and policy changes with education, companies can help employees see the value in additional security steps.

The future of credential security

Newer guiding principles of credential security support evolving policies and technologies that limit access without limiting functionality. One such principle is just-in-time access, in which users receive access to privileged servers and software on an as-needed (and only-when-needed) basis. This model hasn’t yet been widely adopted, but it could be implemented in organizations endorsing the zero trust approach.

Further, many security analysts predict a passwordless future for individuals and organizations. By improving the identity model with uniquely individual identifiers — such as biometrics or behavioral data — organizations could theoretically phase out usernames and passwords for stronger, less duplicable credential security. For example, by using artificial intelligence and machine learning, companies can gather behavioral biometrics on employees — such as typing speed, keystroke dynamics or gait and posture analysis — without user intervention, providing a frictionless and continuous authentication approach.

By adhering to the latest best practices in credential security, identity verification and access management, companies can drastically reduce risk brought on by remote and hybrid infrastructures while building resilience and supporting business continuity. With continuous iteration of process, policy and technologies, organizations can actively adapt to changing threat landscapes and respond in an efficient and effective manner. This, coupled with orchestration systems, machine learning and more efficient data identification and classification, will drive the future of credential security.

< Back to Cyber Security Journal 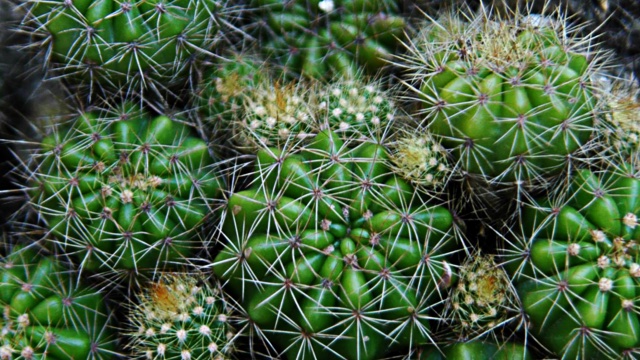 Security. It's in our nature. The threats never rest, and neither do we. We arm you with education against fraud and a team that’s dedicated to keeping your business secure. 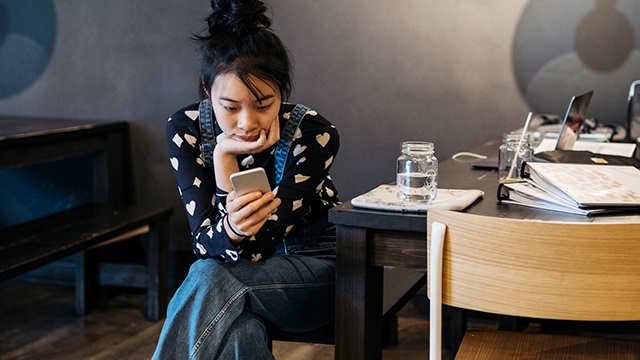 Smishing is a form of fraud that primarily takes place through texts on mobile devices. Learn how to detect and avoid this increasingly common type of scam.

How to avoid telephone scams